Halle is located in Central Germany and is a major transportation hub making it easily accessable air, train or by car.

Leipzig/Halle airport is the local airport which offers many international connections. The airport has a railway station. The train ride to the main station in Halle takes about 10 minutes. Transfer from other airports in the region is also possible, a table of times from other airports by train:

German Rail (Deutsche Bahn) offers connections to all (bigger) cities in Germany. Halle is well connected to the Intercity net of the German Railway. It has also some connections with the fast train ICE. You can check out the connections to Halle (Saale) main station here. 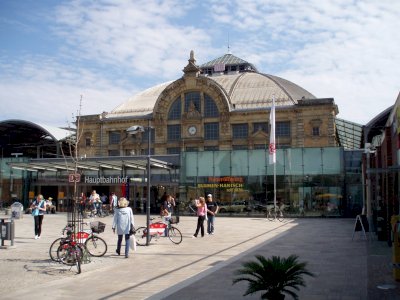 Flixbus offeres bus travel from some cities in Europe.

Halle is well-connected to the freeway system of Germany. The main axis to reach Halle is the A9. From Berlin one can leave the A9 at exit Halle. From there it is about 20 km to Halle on a freeway-like street. From Munich, take the A14 (direction Magdeburg) and leave at Halle-Peissen. The exit is about 3 km from the city.